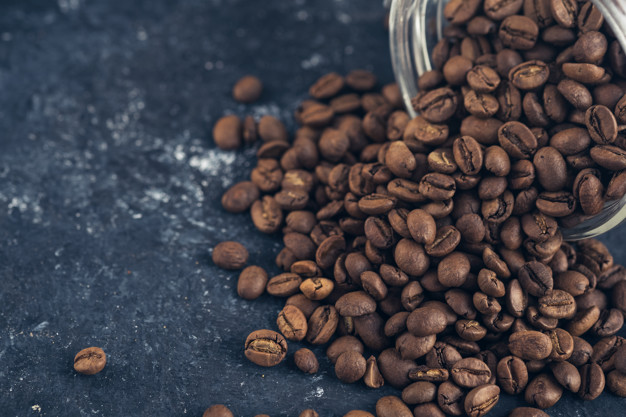 Learn more about the rich ethiopian coffee history in the detailed article below.

The two main types of coffee species are Arabica and Robusta. There are different variations within them but you can safely classify any coffee bean in one or the other.

Arabica is considered the more premium of the two and commands higher prices. It is more flavorful which is the result of the precise growing conditions that are required. Arabica plants need lots of moisture, sunlight and rich soil, which are found at higher elevations. In fact, the higher the altitude, the more expensive the coffee.

Robusta beans have less flavor and body than Arabica beans but have more caffeine and are hardier. They can grow in many conditions as they are more tolerant of cold and can be grown in a wider range of altitudes than the Arabica. They also produce beans quicker than Arabica plants and can be harvested in 2-3 years after being planted versus 4-5 years. For this reason, Robusta beans are more economical for coffee farmers to produce.

What does this mean to you? First, the coffee you find in your local supermarket is more likely to be Robusta as it can be ground and canned or vacuum-sealed without losing much taste. It is also what you find in instant coffee as well.

If you go to Starbucks, Peets or another coffeehouse for your coffee then it means that you will pay a premium for anything that is 100% Arabica beans. You will pay a little less for those blends that are mostly Arabica with a little Robusta added in. That is not necessarily a bad thing to have some Robusta added to your premium coffee. In fact, it is said that Robusta beans help to form a better crema in espresso.

The biggest things to remember are that if you want more caffeine than look for Robusta and if you want a flavorful coffee than you want Arabica. If neither matters to you then just make sure you are not being charged a premium for Robusta coffee and be suspicious if someone is offering you what they say is Arabica but are charging you a Robusta price.

The history of coffee is as varied as the different beans and blends that have appeared since the first discovery of the wonderful drink. While there is not entire agreement and consensus as to the discovery of the beverage, the popular theory about Ethiopian coffee history is that the coffee plant was born in an Ethiopian region (Kaffa). The story goes that coffee was discovered by a sheep herder named Kaldi. He noticed that his sheep were eating red “cherries” and would become hyperactive after eating them. Intrigued, he tried them and discovered the boost he was getting. The legend states that local monks scolded Kaldi for what they said was a drug but soon switched course when they found they could drink it and stay up later for prayers.

Below is a timeline that gives a sense of how coffee consumption spread around the world and became the popular drink that it is today. Timeline is from UTNE READER, Nov/Dec 94, by Mark Schapiro, “Muddy Waters”

If you are one of the many people who grind their own beans, you may notice that some beans are light and brown while others are black and shiny. This is a result of how the coffee is roasted. The roasting process results in the sugars, fats and starches that are within the bean being emulsified, caramelized and released. This creates the coffee oil which is what gives coffee its aroma and taste.

Whether you are a casual coffee drinker or a regular at your local coffeehouse, it is important that you have at least a basic level of understanding of the different roasts and how that wil affect the taste of your coffee. It is important to note that coffees from different regions will taste different even if they are roasted the same but knowing your roasts will equip you as you buy your next coffee.

The beans are very light brown in color.

The beans are brown color and some liken their color to a Hershey milk chocolate bar.

The beans are dark brown and only slightly oily. A lot of people like these the best as they have the robust taste of a dark roast without the burnt taste you sometimes get from a dark roast coffee.

The beans are dark brown and oily and look like the Dark Roast but are less shiny. They will have less acidity as well as burned undertones which take the place of the inherent flavors of the beans.

See also  How to Choose the Best Home Coffee Grinder

These are the darkest roast coffees and the beans are black and shiny and oily. They may be known as Italian Roast, Full City Roast, Spanish Roast, or even Dark French Roast.

These beans are very similar to a French Roast and the difference becomes noticable when the beans are placed next to each other and the these beans will be blacker than a French Roast bean. They will also have a flat flavor with a distinct charcoal undertone.

When you are trying to decide what kind of coffee to buy, remember that lighter roasts are typically sharper and more acidic than the darker roasts. Darker roasts have a fuller flavor but can taste burnt or have a smoky flavor if they are over roasted.

If flavor is not your concern and you are only looking for the caffeine kick, then a lighter roast coffee is what you need as they have less flavor but more caffeine than the dark roasts.