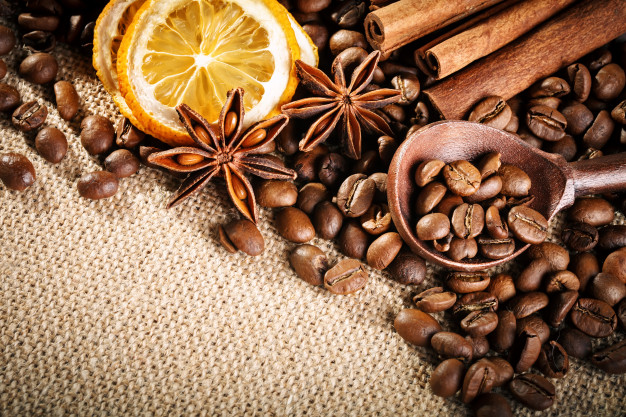 Benefits of coffee: valuable and unexpected ally for our health. Among the most consumed drinks, coffee is a habit rooted in our country that is difficult to give up.

A ritual and a daily pleasure, which led experts to deepen studies and theories about its extraordinary properties, benefits and effects.

As with all drinks and foods excessive consumption would have contraindications, but in the right quantities its benefits are ascertained and scientifically proven: for this reason today we want to provide you with some useful information to know all the properties of this drink.
Benefits of coffee and caffeine

Coffee is an important drink for our health, which is useful to know in detail. The most important component is represented by caffeine, which at the digestive level is absorbed very quickly and facilitates the functions of the nervous and cardiac system, providing the body with a considerable energy throughout the day. Finally it is a real toccasana particularly suitable for body care: there are many coffee-based products that ensure beauty results.
Coffee properties: the powers of the bean

It is a drink that contains many nutrients particularly beneficial for both the mind and metabolism. Let’s find out together what they are:
– Vitamin B2: essential in the synthesis of all energy processes, it has the task of providing the necessary energy to the body and mind to face daily challenges.
– Vitamin B3: useful in metabolic processes, is essential for cell respiration and blood circulation, and helps to ensure the integrity of the skin.
– Vitamin B5: has an active role in the metabolism of fats, proteins and carbohydrates and in the synthesis of cholesterol and hormones.
– Potassium and magnesium: allow the constant production of energy and a regular efficiency of the cardiocirculatory system.
– Antioxidant power: in coffee are contained chlorogenic acids that allow to reduce the action of free radicals.

Coffee, one of the most consumed drinks in the world, is a plant of which there are several varieties. Rich in antioxidants, it has a stimulating effect on the nervous system. Let’s find out.

Description and varieties of coffee

The coffee plant is an evergreen tree belonging to the Rubiaceae family. It can reach 12 meters in height but is kept lower (about 3 meters) to facilitate the collection of drupes.

The existing coffee varieties are about 60 but only 25 produce fruits with a commercial value. Among them are 4 types of coffee used to prepare the drink:

Coffea arabica L., The best known variety (represents ¾ of the world production) is simply called Arabica, among which the most famous is the Mocha. Native to the Arabian Peninsula, this variety is grown today both in the places of origin and in other countries of Central and South America on mineral-rich mountain soils (the higher the quota, the better the organoleptic qualities of the roasted coffee bean);

Coffea canephora Pierre ex Froehner, also called Robusta, a coffee variety that is widespread because the plant, as its name says, resists diseases very well and can be grown even in the plain. It is native to Congo but today it is cultivated in several countries;

the Liberica coffee, cultivated mainly in Liberia and Ivory Coast. Seeds are large and resistant to pests. Its quality is inferior to that of Arabica and Robusta, although the grains are very fragrant;

Excelsa, grows everywhere and is very resistant, provides a high yield and has a taste similar to that of Arabica.

Coffee is a drink with a high content of antioxidants and other stimulating nutrients such as caffeine, which help prevent tiredness and diseases such as cancer and some heart problems. It has also been found to help fight depression by improving mood and disposition.

However, caffeine has been found to increase blood pressure in individuals who are sensitive to it, who smoke, or who have high levels of anxiety or stress. Therefore, it is ideal to consume it in moderate amounts.

7 health benefits of coffee and how much you can consume

Because it is rich in caffeine and other bioactive compounds, coffee helps fight fatigue, improve memory, alertness and perception, increases the ability to concentrate for performing simple tasks, hearing surveillance, visual retention time and decreased drowsiness.

It also increases energy levels due to the rise of some hormones that help activate neurons, being necessary the intake of 75 mg of caffeine (1 cup of espresso) at least to obtain these effects.

However, it is important to mention that these effects vary from person to person, as it will depend on the ability of each person to metabolize caffeine and eliminate it from the body,

Moderate caffeine intake helps prevent depression because it positively interferes with mood, disposition and cognitive performance due to the stimulating effect it exerts on the central nervous system.

In addition, coffee consumption is also linked to social habits of coexistence, stimulating interaction with other individuals and increasing the sense of personal well-being.

Some studies have shown that coffee helps prevent cancer, mainly breast, ovaries, skin, liver and colorectal, because it contains antioxidants such as chlorogenic acid, caffeine, tocopherols, melanoidins and phenolic compounds, for example, which protect cells from free radical damage and decrease inflammation in the body.

Coffee helps to decrease and prevent headache, because it causes vasoconstriction of the arteries of the brain, preventing pain from arising. Some studies indicate that the therapeutic dose in these cases should be at least 100 mg per day.

In addition, various analgesic drugs containing caffeine can be obtained in the pharmacy, because it enhances the effect of the drug and, together, more effectively combat various types of headache, including migraine.

Some studies show that coffee consumption promotes weight loss, because it contains various active substances that can affect and stimulate metabolism, such as caffeine, theobromine, chlorogenic acid and theophylline, for example.

Caffeine consumption increases adrenaline levels in the blood, improving endurance and coordination in racquet sports and high intensity sports such as running, swimming and paddling, for example.

Some studies suggest taking 3 mg of caffeine per kg of body weight 1 hour before exercising.

Coffee is potentially rich in antioxidants and has anti-inflammatory effects, components that help protect cells from free radical damage and reduce insulin resistance, thus protecting the heart and reducing the risk of suffering a heart attack.

It also promotes the increase of good HDL cholesterol, which is considered a cardioprotector, and a decrease of bad LDL cholesterol.

How much coffee can be consumed

For healthy adults the recommended amount of caffeine is 400 mg per day, of course this will depend on the type of coffee as its content varies between them. A cup of espresso can contain about 77 mg of caffeine and a normal coffee 163 mg, for example.

In the case of pregnant or planning to become pregnant women should limit the consumption of caffeine between 200 to 300 mg per day. In the case of pregnant women might increase the risk of miscarriage or poor fetal growth, mainly when swallowed more than 600 mg, since caffeine takes longer to be eliminated from the body which a normal individual, so that when taking multiple cups a day could do with that concentration at a time of day to increase too.

Also, women in the period of breastfeeding, the recommendation is a maximum of 200 mg per day, should consider that caffeine passes into breast milk and makes its peak 1 hour after having consumed it, being important that if consumed, it is done after breastfeeding the baby, in this way the body will have more time to eliminate this substance before the next intake.

People with cardiovascular problems or high blood pressure should limit their consumption, because it is not certain what is the recommended amount for these situations, and further scientific studies are needed
Does coffee + nap take away sleep and increase concentration?

It is believed that to combat drowsiness, just after lunch or in the morning, you should take 1 cup of black coffee and take a 20-minute nap immediately after. These two strategies together are called coffee NAP, and thinks it favors brain functioning, because the nervous system rests, activating for another day of work, since caffeine and rest eliminates the excess adenosine accumulated in the brain, a chemical that promotes sleep.

Even though just 1 cup of coffee is already enough to feel more active and concentrated, when you are very tired, you may need more coffee. However, it is not recommended to sleep longer so as not to enter a deep sleep, as this way the person will be able to wake up even more tired. See 8 steps to sleep more easily.